The August topic for #passthescopeEDU circled around summer learning and how we would implement our new learning into our upcoming work. 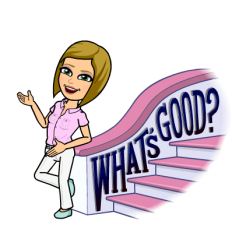 Two evening prior to our broadcast, we did a quick promo.  It also served as a practice run for people who were new.  (Note, the recording does not include the text comments from the live audience.) Here’s my scope:

By the way, the hearts I referred to are Snapchats way of allowing viewers to praise your broadcast.  Each tap on the screen comes across as a heart.Periscope keeps track of how many hearts you have accumulated in total since you first opened your account.

On Thursday, I happened to be especially busy even though “vacation” continues.  My work involved writing proposals for upcoming Maker programs for the fall.  I am constantly applying new learning and planning for more learning.

Since establishing a circle of fellow educators on Snapchat, I’ve been having fun with the lenses as I keep in touch as document my work. Below is a “Snapstory” that led up to the evening’s Periscope broadcast followed by an update the next morning.  In it,  I lightheartedly tell about our purpose in broadcasting. The next day, I followed up with some questions that came to me overnight. 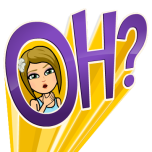 I had been careful to not go on too long, which meant that I left things incomplete.  For instance, I mentioned on Thursday that my soldering iron was very basic and that I needed to upgrade. In the Snapstory on Friday I told about the lead-free solder and the different types that are availabe.  I also showed the Teacher Geek Bug robots that had been started during July’s Maker camp.

And here is the actual broadcast that went out as part of #passthescopeEDU Thursday evening.  I was not fully prepared! In fact, I was lucky that I managed to start on time.  I had been setting up an extension cord for the soldering iron when time slipped away for a little while.  All of a sudden, I just jumped on. 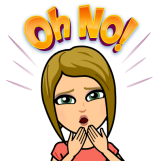 It was okay; I did fine. Wish I had styled my hair, but

Here is a link to my blog post about Maker camp that I referenced. E-wearables at Green Mountain Performing Arts Company.

While on the subject of Making and Arts, here is a link to a post I was asked to write for EdSurge: Why Making and the Arts Need Each Other in Schools to Survive and Thrive | EdSurge News.

As soon as I finished the Periscope broadcast Thursday evening, I went back to twitter to correct the time I had announced for @mmebrady.  It wasn’t 6:15.  I should have said 6:30.

What did you learn this summer?

How will you implement your new learning?